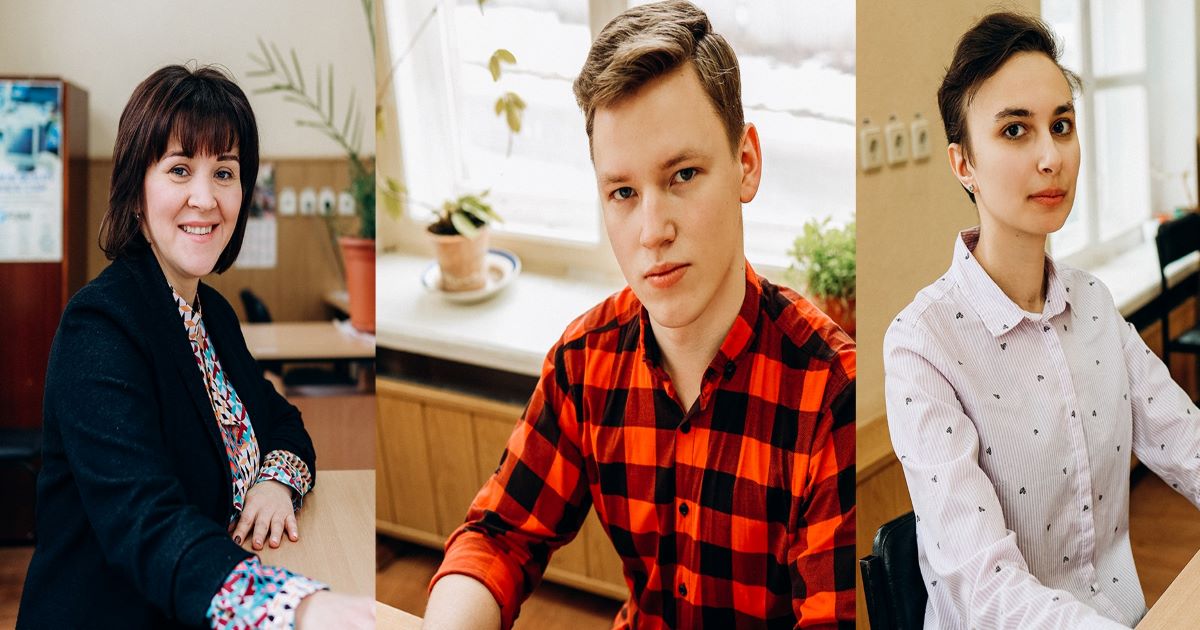 Ukrainian volunteers continue to teach IT to children under fire

In war-torn Ukraine, Code Club Ukraine mentors teach IT to children from different regions for free! The difficult situation only increased people's desire to help each other. Mentors work online under fire, from bomb shelters, in light masking mode, in the process of evacuation, from abroad. How it is not just to teach IT for free, but to find the strength to teach children during the war, said a mentor from Kharkov Anna Zavolodko in the article Novoe Vremya.

The second month of the war is going on: Ukrainians are physically and materially helping the military, refugees, residents of settlements affected by the fighting. Meanwhile, new mentors are joining Code Club Ukraine, and volunteers who have been cooperating with the initiative for a long time are resuming their work. Fathers, teachers and students of computer science, computer science teachers understand that children are the most valuable thing. They need to be calmed, comforted, distracted from terrible events, and at the same time provided with access to modern quality education.

- Intellectual creativity helps the child to reveal feelings and emotions, remove clamps. Currently, children can not play actively, run quietly on the street, have fun. In order to develop normally and fight stress, they need to splash out their inner world. Code Club Ukraine courses are one of the most effective and useful ways to do this, - said Anna Zavolodko, Ph.D., Associate Professor, lecturer at the Department of "Information Systems" HPI, Data Science specialist.

Anna has been teaching HTML / CCS at Code Club Ukraine for the second year in a row. A new group of students was scheduled to start training in late February, but war came to Ukraine. Kharkiv, the city where the mentor lives and works, was one of the first to come under fire and terrible destruction. Anna is a mother of three, and her family had to hide in the basement for a week.

Currently, the situation in Kharkiv remains dangerous, but the family did not leave their hometown. Moreover, she hosted students Anna - Lisa and Andrew, members of a research group that worked on a social project before the war. They found themselves in the crucible of war, far from home, unable to return to their families. Moreover, Anna has found the strength to conduct online programming classes for children.

- The first week of the war, when the whole country was afraid of everything, was in a stupor, when people ran away from the world or hid, we also took refuge in the basement. To comfort the children, they took paints and started painting the walls. At that time, shells were being fired, planes were flying low over the houses, but the children were no longer stuck. They played, there was no terrible silence. We understood - it is necessary to switch attention of the kid to a constructive, - the mentor remembers.

Weeks passed, Lisa stayed in the family of her teacher, they hold classes at the Code Club, share experiences. The girl is not able to go to her parents in the Donetsk region, where hostilities continue.

Andriy managed to go home to the town of Barvinkove in the Kharkiv region. Unfortunately, soon after the invasion of the occupiers, he had to evacuate again. And even in such conditions, the student continues to mentor. Responsibility for one's own work and for young students is so high that the teacher did not cancel any classes!

- We understand that our IT classes for children are very important. They study, have unlimited access to resources, as in peacetime. The child comes to the Code Club to try to master new skills, modern trends. Understand whether he likes it or needs to continue to develop in programming. In the future, she will make a choice and will be engaged in the business, where she will be able to realize 100%, bring maximum benefit to themselves and at the same time the country's economy. This is the basis that will form the intellectual capabilities and potential of Ukraine in the future.

Anna is proud to emphasize that young mentors such as Lisa and Andriy are the real face of the Ukrainian people, the younger generation. Real people and real Ukrainians - despite personal problems, fears and adversity decided to help others!

And these are not isolated examples: together with Kharkiv residents, mentors from Mariupol, Kyiv, Zaporizhia, Lviv, Ivano-Frankivsk, Kropyvnytskyi, Luhansk, Dniprovshchyna, Sumy, Cherkasy and other cities and regions of Ukraine teach at Code Club Ukraine today. In this, even under such difficult conditions, the initiative is helped by partners - TASCOMBANK, TAS Life, Uklon, BetInvest, SQUAD.

At a time when their country is being accused of Nazism, these people are proving by their actions that they are sincere, peaceful and kind, thirsty for knowledge and development. People who, in times of hardship and danger, have extended a helping hand to children from all over the country, regardless of their nationality, social status, region of residence and current location.