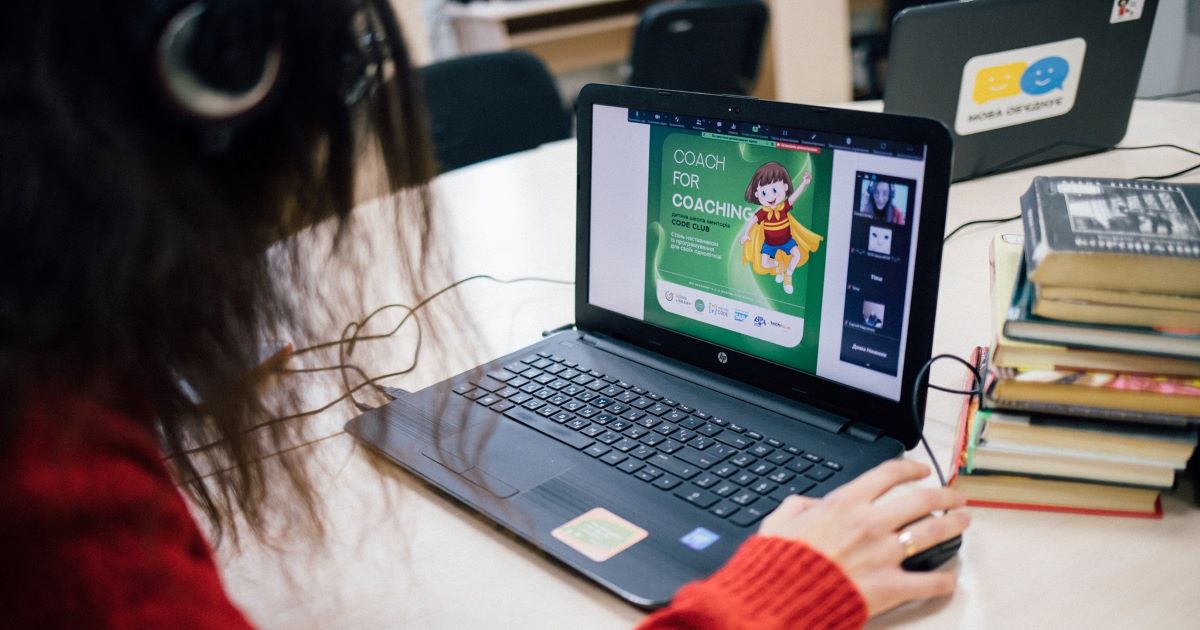 Under the Meet and Code program, Code Club Ukraine has implemented 14 projects!

All-Ukrainian educational initiative Code Club Ukraine takes part in Meet and Code every year! This year the regional branches of the initiative with the support of partner NGOs won 14 grants for 126,000 hryvnias! This year's participation in Meet and Code presented the implementation of 14 important projects, as well as useful prizes.

All projects prepared and implemented within the framework of Meet and Code were dedicated to innovations, the ability to use and implement them, which is useful for society and the planet in general. The topics of the projects drew attention to the issues of ecology, culture and art.

3 projects were implemented by Code Club Lviv with the support of the Charitable Organization "I Want to Live" Charitable Foundation in cooperation with the Lviv Regional Library for Children. All classes were held for children of veterans and participants of anti-terrorist operation / environmental protection:

Importantly, the Odessa region focused on encouraging girls to program and STEM science. Therefore, almost 30% of the children participating in the three projects were girls.

With the support of the NGO "Roboklub IF":

With the support of the NGO "Union of Ukrainian Youth", Kyiv:

With the support of the NGO "Women's Hundred", Kryvyi Rih:

All of these events took place as part of the Meet and Code initiative, funded by SAP and the German Federal Ministry of the Interior. In Ukraine, Meet and Code is implemented by the GURT Resource Center in cooperation with TechSoup Europe and Haus des Stiftens gGmbH.