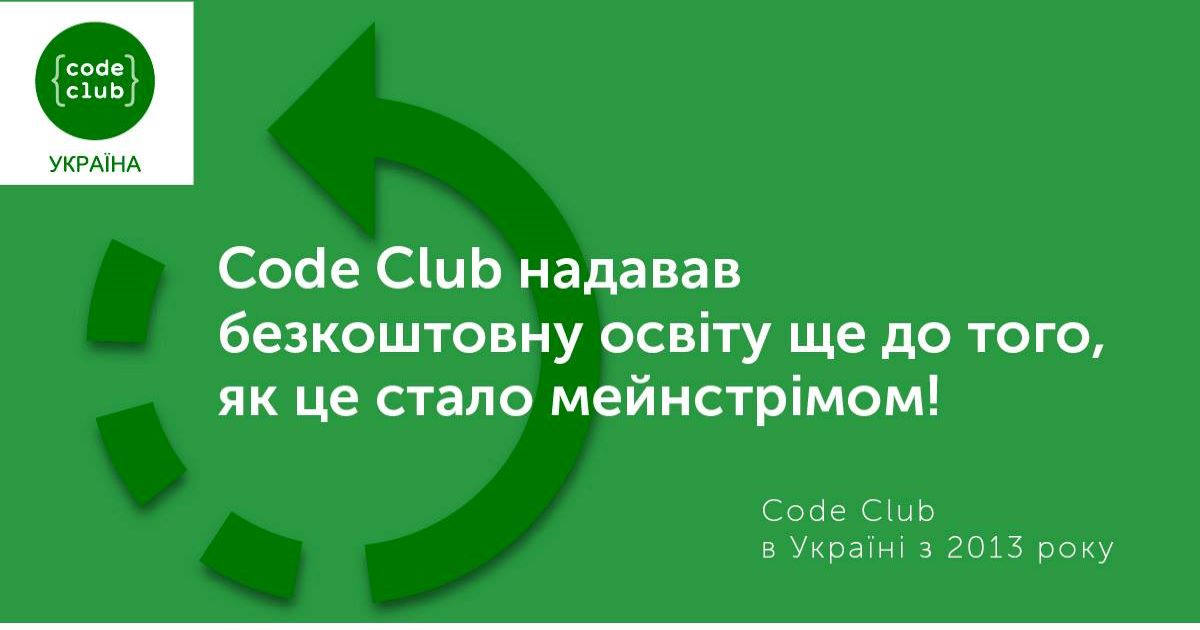 In 2013, Code Club appeared in Ukraine. Our country was the first to join the international volunteer initiative Code Club World:

In the quest to make the world better and the country stronger, we do not stop there. We strengthen the team and hone techniques and approaches to become even more effective for you.