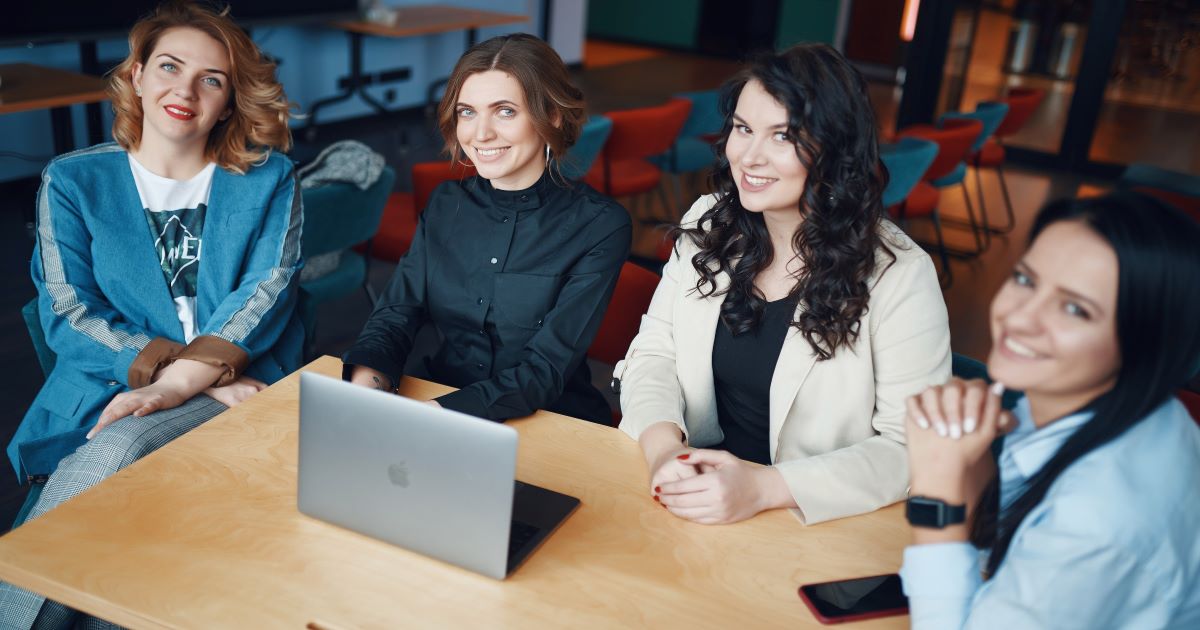 Women mentors: why female mentoring is increasingly practiced in companies

On October 17, an all-Ukrainian meetup “Mentoring as a Trend” was held in Kiev. On the eve of the event, the editorial staff of the WOMO.ua portal spoke with two of its participants - the head of the Code Club Ukraine project Alina Shcherbina and the operational director Anna Derevyanko - about the role of volunteering in their lives and the importance of mentoring for women.

The volunteer movement is a rather voluminous aspect that raises many issues. Unfortunately, not all of them can be given clear answers while in Ukraine today. Alas, in our country the culture of volunteering and mentoring is only taking the first steps towards its formation. That is why we decided to hold a public meetup “Mentoring as a Trend” on October 17 in order to raise the image of this type of activity.

In fact, many do not even know who a mentor is. Even in ancient Greek mythology, there was such a hero Mentor - a wise advisor to whom people came for help. And now his role has remained the same. That is, mentoring is mentoring and providing assistance to another in matters where he needs to gain competence and knowledge.

Speaking about the importance of mentoring for women, first of all, you need to understand that we are still in a society where there were no specific role models of successful women who can successfully combine all areas of their lives without obvious distortions in any of the areas. Actually, this is one of the areas that we are developing in Code Club. Despite the fact that both girls and boys can be our mentors, we believe that from childhood it is necessary to present girls with the right role models. This is facilitated by those events that we organize exclusively for girls.

In addition, for the next year, our strategy includes additional ways of developing girls in the IT sector. In our project, mentors include top managers of companies. And the next step we see a wide collaboration between the Wtech community for women and the Code Club project, because this is an opportunity for girls who study with us to get to the next age stage in the IT business. It is this kind of female mentoring that contributes to the emergence of a safe eco-environment among the female community, which constantly faces stereotypes about women in leadership positions. And this is one method to dispel the attitudes that have been in the industry for decades.

In general, mentoring is a correct and logical step in civilized countries for the further development of specialists. A mentor can be both a student and a top manager. Thus, an ecosystem is created in which it is clearly demonstrated that mentoring is quite prestigious.

Unlike Ukraine, in many European countries volunteering is considered not just a “good deed”, but an unwritten rule, a kind of civic duty. In the UK (where, in fact, the Code Club project originated, which, with the support of Taskcombank, has existed for more than seven years in Ukraine), almost every resume the applicant has an item on volunteering, and if it is absent, they may look askance at you. Our situation is different - if you volunteer, then “you are wasting your time, but you could get money for it”. But I do not agree with this position. Volunteering in circles like Code Club means investing in the younger generation, investing knowledge, creating the future. And even though it has not yet become a trend in our country, I am sure that we can change this situation if we start talking about the importance of volunteering as such.

Moreover, mentoring is becoming more and more popular and recognizable, at least in a small circle of people. It occupies its own niche along with educational programs, trainings and workshops. One of its manifestations is “female mentoring”, which destroys stereotypes about “the female collective is a snake hole”. In fact, women are very responsive, empathic and ready to help in any situation.

At Code Club, as mentioned earlier, we also organize events specifically for girls in order to show them the correct role model that they can apply to themselves if they wish. Last year, during the Odessa International Film Festival, we held Summer IT Camp for Girls. It was a large-scale event in the form of an intensive, the program of which consisted not only of teaching programming, but also of drawing lessons, creativity, self-knowledge, and the search for realization. Such events increase the interest of girls in the IT sector and in finding their own niche. This is also evidenced by the numbers - every year the number of girls in our circles is increasing. If in 2016 there were only 15% of the total number of students, now more than 35% of girls are engaged in Code Club.

Women's mentoring increases the chances of new role models that will help you navigate how to establish communication, leadership and shape your professional style. But getting hung up on the mentor's field is still not worth it if we want to achieve truly equal treatment. Indeed, despite the gender, a good mentor is characterized by the fact that he is sincerely interested in his role and wants to help, he listens and supports.